It Is Not Wise To Poison The Water You Drink And The Air You Breathe.

One of the greatest wars of the century is one most people aren’t even aware exists. This is a war that is being fought on a daily basis and in every continent. It causes countless casualties and threatens the survival of humanity and the entire planet.

Incredible amounts of suffering and destruction are tied to the competitive quest to tap into sources of nonrenewable energy: oil, coal, electricity, uranium, and all the other substances forming the lifeblood on which industrial societies run. Both governments and multinational corporations go to battle to gain an advantage in this struggle because as Henry Kissinger once said, “Control energy and you control the nations.” 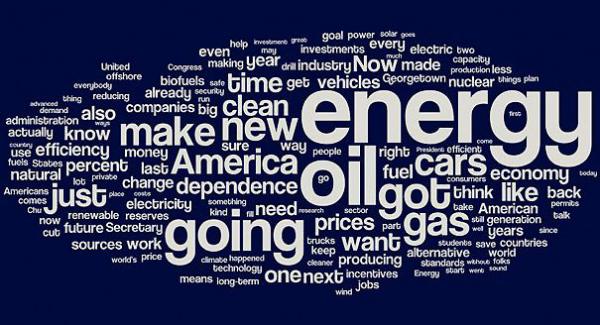 Historically speaking even slavery could be seen as an extension of these energy wars. In the past, the desire to exploit the energies of human muscles caused the devastation of a worldwide slave trade. Today, the legacy of the energy wars can be seen in the extinction of an increasing number of species, the clear-cutting of forests, the melting of the ice caps, horrendous air and water pollution, and global warming.

Religion is only part of the story behind this war. Even though embracing a theology that looks down on nature may reduce any inhibitions toward overexploiting the earth, practicing a more ecologically minded religion doesn’t always translate into more enlightened behavior.

Economic philosophies are also at play. But, the only difference rests on how these two philosophies plan on dividing the spoils of their pillage.

In this war, greed speaks louder than any ideology. But at the same time we can’t forget that few forces can move people and stimulate them into action as much as religion.

On the surface it seems puzzling that we even have to have this discussion. Regardless of race, class, gender, political preferences, or religious affiliation, it would seem logical to assume everyone would greatly value protecting the ecosystem we depend on for all our needs. It should be a no-brainer, and certainly not a political issue.

Theoretically, environmentalism should be something everyone agrees on. After all, we depend on a delicate ecosystem for all our needs. Environmentalism is not exactly a radical idea. It is simple the notion that it is not wise to poison the water you drink and the air you breathe. Who could have a problem with that?

Unfortunately, we have created societies that run on very polluting and fast-disappearing nonrenewable energy sources. Like junkies who haven’t found an alternative we keep returning to these sources to get a fix even though we know we are hurting ourselves in the process.   And anywhere there are junkies you are going to find pushers. There’s plenty of money to be made in the business of destroying the earth. Since a sizable amount of cash increases your political weight, energy corporations are regularly able to buy the complicity of governments throughout the world.

The political ties between government and big business are fairly straight forward affair: a politician uses his or her influence to help a company make money by weakening environmental laws. In exchange, the politician will get much-needed campaign contributions for the next election, and perhaps even a comfy job at the end of their political career. This mafia-style alliance is not necessarily limited to the borders of one’s country.

But even if we rule out conspiracies, many people honestly feel that protecting the earth is a luxury that is antithetical to a healthy economy. On the surface this may appear as a legitimate conflict, but it only demonstrates a deep ignorance of both ecological and economic principles.

The reality is that in the long run not taking care of the environment messes up the economy far more than sound economic policies. By clear-cutting a forest, for example, a logging company will make money today and its employees with have ea job for a few months. The Gross Domestic Product will go up, but with no plants to hold the soil in place, soil erosion is inevitable.

At the first rain, the destruction cause by mudslides, will net economic damages exceeding the money made by logging in the first place. The cost of clean ups and healthcare bills to treat the disease cause by pollution outweigh all the economic benefits created by polluting.

Environmental protection laws were definitely not some soft, fuzzy idea born out of a romantic view of nature. It’s what smart self interest is all about. Good environmental policies benefit us, first and foremost.

In 2003 the Pentagon- not exactly an organization of tree-huggers- releases a report naming global warming the greatest threat to American national security- greater than terrorism and international drug trade combined. The Pentagon report stated that many natural resources are dwindling. The amounts of supplies available from oil to clean water are declining day by day. Given the imbalance between supply and demand the Pentagon report outlines the likelihood of food shortages, epidemics and wares in the near future for access to energy sources.

Whether we like it or not we need to live closer to the land than we have over the last few centuries. This is not moral advice or some “ it would be good if…” type of statement. It’s going to happen, one way or another. The current model is destined to collapse.

An economic system based on the notion of limitless growth simply can’t survive in a world where natural resources are finite. We already consume more than the earth produces, and the human population keeps growing. That can’t go on forever.

No one can know for sure how things are going to change. The only thing we know for certain is that things will change. The very real problems we are facing require specific, practical solutions. So it would be easy to assume only scientific discoveries, new technologies, or different approaches to business hold the keys to this story.

And it would be equally easy to consider religions as having no role in our quest to create a sustainable future. But a change in our collective mindset, in our way of perceiving our place in relation to everything else in the world, is just as essential a contribution if not more so than all the others.

It is becoming increasingly apparent that we shall not have the benefits of this world much longer. The imminent and expected destruction of the life cycle of world economy can be prevented be a radical shift in outlook from our present naïve conception of this world as a testing ground of abstract morality to a more mature view of the universe as a comprehensive matrix of life forms. Making this shift in viewpoint is essentially religious not economic or political.

Our environmental crisis was not caused exclusively by religious ideologies, so we can’t expect religious ideologies alone to solve it. But hardly any force possesses religion’s unparalleled power to shape people’s culture and values, and ultimately mobilize them into action.

Celebrating nature is the place to start. We need to once again think as part of something greater, to view reality from a place higher than the narrow confines of a shortsighted ego. If we want to have a future we need to nourish this religious reverence reminding us of the ecstasy of what it means to be a human being, standing between earth and sky.

Hi. My name is Julia El-Haj. I am a Hall of Fame Athlete, an MBA, Professional Certified Marketer, Certified Youth Fitness Trainer, a Specialist in Sports Nutrition and a licensed Real Estate agent. I gave up my "seat at the table" to be home with my 3 children because that's where I was needed most. I blog about everything with Wellness in mind.
View all posts by julia29 →
This entry was posted in Culture, economy, Environment, Philosophy, Religion, Science and tagged A Race for What's Left, Energy Wars, Environmentalism, humanity, Michael T. Klare, Religion, resources, Wars. Bookmark the permalink.

1 Response to It Is Not Wise To Poison The Water You Drink And The Air You Breathe.