Islam Is Simple, Culture Is Complicated

The Islaam being practiced in much of the Muslim world today may be referred to as Cultural Islaam or Folk Islaam (as Christian Missionaries like to refer to it).  The main feature of this version of Islaam is the blind following of local traditions. 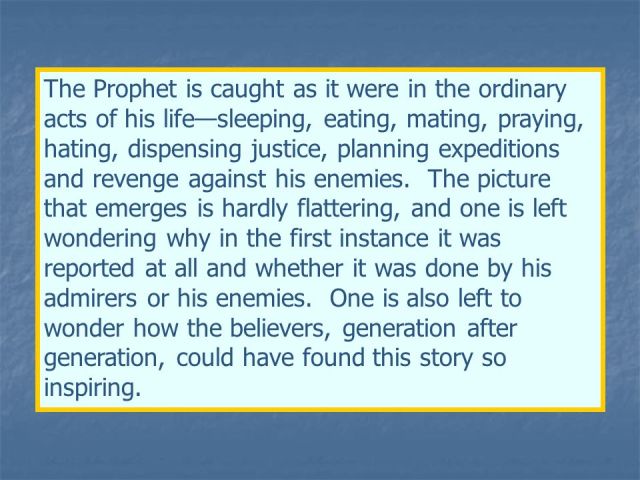 The existing cultures are generally a product of practices handed down from earlier generations.  Some cultural practices are based on authentic Islamic traditions, while many are not.  However, the cultural Muslim is unable to distinguish between the two.  All traditions are identified as Islamic and any attempt to exclude any aspect of the cultural traditions is met with stiff resistance.

Although it is well known to all Muslims that Islaam is based on the Qur’aan and the Sunnah, when cultural Muslims are advised to follow instructions from the Qur’aan or the Sunnah they immediately make excuses why they cannot.

The excuses usually consist of statements to the effect that Islaam was not practiced that way in their village or country.  Cultural Muslims are brainwashed with this response.  Whenever they questioned a practice while growing up, their parents would scold them for questioning their traditions saying, “if it was good enough for our forefathers, it is good enough for you.”  Or, do you think our forefathers were all wrong?”

In order for Muslims to re-establish Islamic civilization and promote its ideals to the world as an alternative to Western culture, the inherited excess baggage of cultural Islaam must be eliminated.  Only pure unadulterated Islaam can stand in the face of Western civilization’s cultural onslaught.

Hi. My name is Julia El-Haj. I am a Hall of Fame Athlete, an MBA, Professional Certified Marketer, Certified Youth Fitness Trainer, a Specialist in Sports Nutrition and a licensed Real Estate agent. I gave up my "seat at the table" to be home with my 3 children because that's where I was needed most. I blog about everything with Wellness in mind.
View all posts by julia29 →
This entry was posted in Culture, Religion and tagged Culture, Islaam, islam, peace, Western Civilization. Bookmark the permalink.