It’s Friday the 13th! It’s Only Bad Luck If You Put It In Your Head.

It’s Friday the 13th, and millions of people are on edge, fearing a calamity with personal or global repercussions-a broken leg, a stock market crash, or the trigger pulled for World War III.

What has made the people so afraid that flights are avoided, days are feared, and tragedy is expected? The culture perceives Friday the 13th synonymous with DEATH. 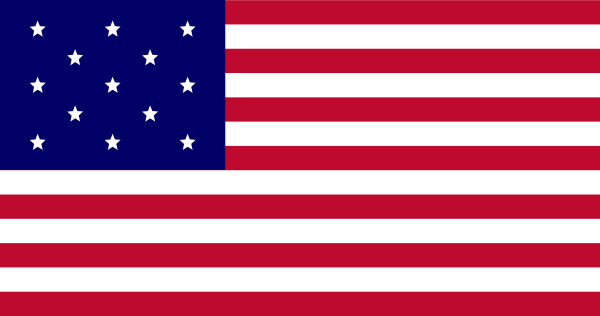 Why all the anxiety? In short, because the fear is ingrained in Western culture, according to experts.

Legend has it if 13 people sit down to dinner together, one will die within the year. The Turks so disliked the number 13 that it was practically expunged from their vocabulary (Brewer, 1894). Many cities do not have a 13th Street or a 13th Avenue. Many buildings don’t have a 13th floor.

It’s been estimated that [U.S.] $800 or $900 million is lost in business on this day because people will not fly or do business they normally would do.

There are so many different kinds of phobias. Some people suffer from heights, some from crowds; others cringe at the sight of spiders or snakes. But what is the common phobia called Triskaidekaphobia?

Triskaidekaphobia (from Greek tris meaning “3″, kai meaning “and”, and deka meaning “10″) is a superstitious fear of the number thirteen.

Triskaidekaphobia, fear of 13, implicates deeper meaning to all numbers, and by inference, all symbols. Human history has infused 13 with special meaning, dark and portentous. It is infused with importance by the mystical, the magical, and the purveyors of the occult.

As to the significance of thirteen, all are aware that it has come down to us as a number of ill-omen. Many superstitions cluster around it, and various explanations are current concerning them. Unfortunately, those who go backwards to find a reason seldom go back far enough . . . But we must go back to the first occurrence of the number thirteen in order to discover the key to its significance.

Numbers have long been seen as expressions of cosmic order, possibly deriving from ancient Babylonian observation of regular cosmic events, such as night and day, the phases of the moon and cycles of the year.

In many cultures numbers are full of symbolic meaning and in some culture numerology have an influence on the future.

To the ancient Egyptians, we’re told; life was a quest for spiritual ascension, which unfolded in stages — twelve in this life and a thirteenth beyond, thought to be the eternal afterlife. The number 13 therefore symbolized death, not in terms of dust and decay but as a glorious and desirable transformation.

Though Egyptian civilization perished, the symbolism conferred on the number 13 by its priesthood survived, we may speculate, only to be corrupted by subsequent cultures that came to associate 13 with a fear of death instead of a reverence for the afterlife.

The 13th letter of the English alphabet is M, which finds its roots in the 13th letter of the Hebrew alphabet, “mem” (meaning mother), which was the ancient Phoenician word for water. The ancient Egyptian word for water was “moo.” M is the most sacred of all the letters, for it symbolizes water, where all life began. It is the root of the word “mother,” and relates to the evolutionary destiny of Africans, African-Americans, and all people of African descent who are ruled by the number 13.

Leonardo Fibonacci discovered a mathematical pattern found in the structure of LIFE. It is the mathematical pattern, which creates seashells, flowers, plant stems. This formula is reflected throughout the breeding patterns of rabbits, bees, and even in the quantum multiplication of electrons. The formula for LIFE is the sum of two preceding numbers, starting with the ONE.

13 (thirteen /θɜrˈtiːn/) is the natural number after 12 and before 14. It is the smallest number with eight letters in its name spelled out in English.

The number 13 is the number of origin; it is the complete number for the Universe.

The spiritual significance of the number thirteen (13), which as reflected by the thirteen attributes of Mercy relates to a transcendent dimension of Godliness. This transcendence enables one to infuse spirituality within our material world.

The Sacred Power of 13 brings and carries the frequency resonance of Transcendence of matter and the embodiment of ascension, the new earth frequency code, Unity and Oneness, Mary Magdalene, Mother Mary, Shekinah and Sophia; natural rhythms coming into balance and sacred order; taking back your power through the sacred divine feminine.

The 13 vibration is a part of the holy alignment and healing.

There are 13 lunations in a year, and 13 lunar cycles in a solar year.  The Moon travels across the sky every day by 13 degrees.

In music, the chromatic scale is composed of 13 notes – 8 whole notes, which are represented by the white keys on the piano, and 5 half tones, which are represented by the black keys. The 13th note becomes the first and last note of the octave.
The image of The Flower of Life, which contains all of sacred geometry, is composed of 13 systems of information that come out of the fruit of life. Each of these 13 systems produces a set of geometries that delineate and describe in detail every single aspect of our reality.

You get to these 13 systems of information by combining female energy with male energy. In sacred geometry, curved lines are female while straight lines are male. One of these thirteen systems is created by connecting the centers of all the spheres in the fruit of life.

If you do, you come up with a figure known as Metatron’s Cube.

Although no one can say for sure when and why human beings first associated the number 13 with misfortune, the superstition is assumed to be quite old, and there exist any number of theories — many of which deserve to be treated with a healthy skepticism, please note — purporting to trace its origins to antiquity and beyond.

In ancient times the number 13 became a number of fear and superstition because the 13th card of the Tarot is the card of Death, and is pictured as a skeleton (the symbol of death) with a scythe reaping down men in a field of newly grown grass where young faces and heads appear cropping up on all sides. This image later became known as “The Grim Reaper,” and it was ascribed to the planet Saturn. In medieval England the standard fee of the hangman was 13 pence – a shilling and a penny…

It is well known that the number “13” is the number of the United States of America. The United States began with 13 colonies. The original U.S. flag had 13 stars, representing the initial 13 states. It also contained 13 stripes, 7 red and 6 white. The American seal also bears witness to the number 13 in its composition.

The U.S. shield contains 13 paleways or stripes, which represent the 13 original colonies. The shield is not fastened to the eagle, but spread across in front of it, as if held there by the unseen Hand of God.  In the eagle’s beak there is a scroll, representing the proclamation of liberty and freedom, and justice for all: the Constitution of the United States, based on the laws of God and the Torah which God gave to ancient Israel.

On the green side of the dollar bill there are 13 steps in the pyramid of the Great Seal. The motto above the pyramid, which reads “Annuit Coeptis,” has 13 letters; the eagle on the right side has a ribbon in its beak that bears the motto “E pluribus unum,” which contains 13 letters. The eagle has 13 tail feathers, and on its breast there is a shield of 13 stripes. In one talon the eagle holds 13 arrows, and in the other an olive branch with 13 leaves and 13 berries. Over the eagle’s head are 13 stars that form the six-pointed “Star of David.”

The phrase “July the Fourth” contains 13 letters and the number 4 (1+3), the birth number of the U.S. (July 4, 1776), which leads us to the real reason why the “founding fathers” chose this date as the official birth date of the United States.

The motto “E Pluribus Unum” means “One from Many,” or “Out of many, One.” It represents UNITY; the FIFTY united States of America! This One nation combines the peoples and ethnic groups of many different nations and peoples from around the world: out of many, ONE.

And if we remained faithful to the laws of God, this national UNITY would be preserved forever. But if we BREAK God’s laws, then the very unity we possess will become disunity and division – the “unity” will become a memory, a distant dream, forgotten in onrushing calamity and cataclysm.

The number “13” does not mean “evil,” but rather it is a most powerful God-given promise that will change the world for ever.

Hi. My name is Julia El-Haj. I am a Hall of Fame Athlete, an MBA, Professional Certified Marketer, Certified Youth Fitness Trainer, a Specialist in Sports Nutrition and a licensed Real Estate agent. I gave up my "seat at the table" to be home with my 3 children because that's where I was needed most. I blog about everything with Wellness in mind.
View all posts by julia29 →
This entry was posted in Uncategorized and tagged ancient egypt, consciousness, education, enlightenment, Flower of Life, Friday, Friday 13th, humanity, Israel, nature, Phil Heath, philosophy, Science, Triskaidekaphobia, United States, Western culture, World War III. Bookmark the permalink.