For those who thought Pink couldn’t possibly top her 2010 Grammy Awards performance of “Glitter In The Air”–where she performed upside down, suspended in mid-air, and nearly naked–the feisty singer did a good job of rivalring that at the 2012 American Music Awards, where she did a spot-on reinactment of her arresting “Try” video.

Try,” for those not familiar, debuted in October and details through elaborate, remarkably emotional–and intensely physical–choreography the struggles of a relationship that’s gone awry.

The dance progresses to a climactic moment where the pair throw each other into furniture while flames flicker in the background…only to rise up and, presumably, try again.

God designed marriage to be the very best that life has to offer, the very best. But since the fall of man, it is anything but the best for most people. In fact, for most, marriage starts in a euphoria of emotion, love and bliss gradually descends at varying rates into war characterized by bickering, bitterness, discontent, unforgiveness, separation and divorce, punctuated all along by moments of truce. A losing struggle and most today bail out.

And, although women as a group have made substantial gains in wages, educational attainment, and prestige over the past three decades, the economists Justin Wolfers and Betsey Stevenson have shown that women are less happy today than their predecessors were in 1972, both in absolute terms and relative to men.

What’s more, among those who have made it to the top, a balanced life still is more elusive for women than it is for men. A simple measure is how many women in top positions have children compared with their male colleagues.

Folks, let’s get real. It’s really the end of women.

Charles Darwin brought us the concepts of survival of the fittest and natural selection. Anthropologists for decades argued what made us “human” was tool-making. Now that we know that Chimpanzees make tools some other definition is necessary.

So why did God create Woman from Man’s rib, when He could  have simply created her from dust, as He did Man?

The feminine energy is never truly free unless and until the masculine energy shows up for real, and is ready and wiling to protect and serve.  Both energies need to feed each other. I won’t deny that it IS hard for women to be truly feminine in today’s society, because there are lots of terribly egocentric people around, and once they see vulnerability – they will step all over it. Especially women. In fact, women are the worst to other women.

But, the idea behind surrendering to the masculine energy, is not becoming more masculine to survive, no longer fearing it; and needing to stand up to it or fight it – but to trust it and let it protect you, and to actually let it have its own role in your life. That’s what it’s there for.

It’s like the positive and negative charges. This translates to the feminine and masculine energy. A woman ‘wearing the pants’ in a relationship is the worst thing that could happen. Whilst a woman should be able to hold her own, be a challenge to a man, have her own ideas, dreams and be able to influence people in her own feminine way – the man must have a very real masculine role with her and his family. 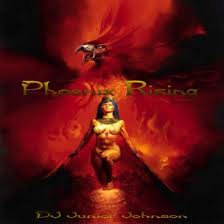 Masculinity and Femininity have nothing to do with Gender.  The sacredness of the female is returning to women among Muslims in the Nation of Islam. This is a sign for all mankind that both men and women will to be reunited to the source, to God.

Having Faith in our own Success requires that we do more than ‘try’.

“TRY” is an easy way to weasel out of doing more or giving 100%.  When you put the try mindset on, your “try” gives you permission to give-up.

Until you go to the lengths where not a single stone has been left unturned.

So, banish the word “try” from your vocabulary.  Replace the phrase “I’ll try” with “I will”.

Society is set up to encourage competition among individuals who are self-interested. In an environment in which competition and independent self-interest are basic assumptions, masculine preferences for fairness, equality, and impartiality seem to be more appropriate.

But in an environment which cultivates relationships with other people, an ethics of care and responsibility is more important than one of justice. So in order to foster such an ethics, it is important to promote a social environment that is based not on marketplace competition or contracts between rational, self-interested economic agents, but on family relations such as those between a man and a woman.

The soul of both man and woman is feminine and Spirit is the masculine side.  We have to raise the feminine ray to magnetize the masculine.  Until we do this we will not manifest our wholeness.

Hi. My name is Julia El-Haj. I am a Hall of Fame Athlete, an MBA, Professional Certified Marketer, Certified Youth Fitness Trainer, a Specialist in Sports Nutrition and a licensed Real Estate agent. I gave up my "seat at the table" to be home with my 3 children because that's where I was needed most. I blog about everything with Wellness in mind.
View all posts by julia29 →
This entry was posted in Uncategorized and tagged AMA Awards, Charles Darwin, consciousness, egypt, enlightenment, Femininity, Glitter In The Air, god, Grammy Awards, healing, humanity, Justin Wolfers, life, love, Marriage, masculinity, Nation of Islam, NY Times, People, Pink, women. Bookmark the permalink.