However, over the last fifty years we have lost this close contact with the sun and its healing powers. We have become afraid of it.   But, for me, there is nothing like stepping outside and feeling the heat of the sun penetrate my skin.  For me, it’s a constant reminder that without the Sun, there would be no life on Earth.

The sun is one of the most important objects in the Universe because it produces energy to all living things. Take it away and life probably would not exist. All forms of life need energy and it all starts with the sun. 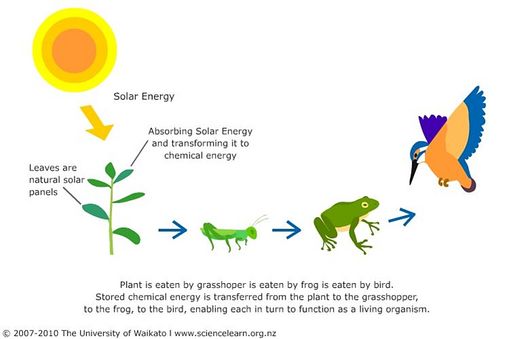 Plants use the light from the sun to grow. Plants absorb (take in) the solar energy and use it to grow. The plants keep some of the solar energy in their roots, fruits, and leaves. They store it as chemical energy. This process is called photosynthesis.

The energy stored in plants feeds every living thing on the earth. When we eat plants and food made from plants, we store the energy in our bodies. We use the energy to grow and move. We use it to pump our blood, think, see, hear, taste, smell and feel. We use energy for everything we do.

The incredible healing powers of sunshine have been known for centuries. Cultures around the world have revered and worshipped the therapeutic qualities of the sun, probably long before even the written word.

The earliest writings from the Pharaohs of Egypt, from Greek, Roman, and Arabic physicians, and countless other wise and ancient scholars wrote stories and descriptions of the healing powers of ‘sun therapies’. Records, thousands of years old, reveal how the sun was used to strengthen a person’s health and treat a variety of illnesses and conditions.

Today, medical experts will tell you over 70 percent of all Americans are deficient in vitamin D.  That means you, your family, your friends, co-workers, and even the people you’re in line with at the grocery store are at serious risk for a whole host of chronic and debilitating illnesses. Why? Because you’re not getting enough vitamin D.

There are many alternative sources that can give us energy but the main one is food. Knowing the difference between high-energy food and low-energy food is the foundation of health, energy and vitality.

Vitamin D is an important vitamin the body needs to regulate the amount of calcium and phosphorus in the body. It is best known for its role in using calcium to help build bones and keep them strong. Vitamin D affects many other tissues in the body, including the kidneys, intestines, and parathyroid glands.

And, because sunshine is a free commodity with no publicist or lobbyist, you may not be aware that different forms of vitamin D exist, yet only one is available to your body naturally.

The saddest truth of all is that there is absolutely no reason in the world anyone should suffer from a lack of vitamin D — when the remedy is as simple as spending just a little time outdoors.

The sun is central to our well being and health. Sun exposure to the skin is the human race’s natural, intended, most effective and most neglected source of vitamin D.   Today, we spend less time in the sun today than at any point in human history – which is why more than 1 billion people worldwide are vitamin D deficient.

The growing health problem of vitamin D deficiency is considered a Silent Epidemic for a very good reason — most people aren’t aware it even exists.  Instead, we focus our time talking about Zombies.

Sun worship was prevalent in ancient Egyptian religion. The earliest deities associated with the sun are all goddesses.   Throughout history the Sun has been a symbol of power and strength and a great healer.

In ancient Egypt the sun’s rise and fall represented the human soul’s struggle and its “avatar”.

In gold we see the brilliance of the sun.

The sun manifests the colour of gold at sunrise and at sunset.

The planetary sign of the sun (a circle with a dot in the center) is also an alchemical symbol of origin signifying completion of the Great Work. Furthermore, this sun symbol represents the Self in its relation to the cosmic whole.

Because, it’s been said the eye is the window to the soul, the Sun may explain why the symbolic meaning of eyes tends to be of a spiritual nature.  In Egypt we see the Eye of Horus (a.k.a. the eye of Ra; the Sun).  And, in this context the eye is a symbol of protection and life.

Many ancient esoteric as well as earth-based philosophies consider the eye as a channel or a passageway into a new dimension. Here the eye is not a physical symbol but rather an ethereal one in which consciousness may enter into a gateway of infinite expanse.

Zombies may well be popular today because they speak to a similar feeling of powerlessness shared by many members of our society.

The `zombie problem’ is the problem of consciousness, stated in a particularly provocative way. Given any functional description of cognition, as detailed and complete as one can imagine, it will still make sense to suppose that there could be insentient beings that exemplify that description.

Twenty years ago, Heinz Kissinger said in an address to the Bilderberger meeting at Evian, France (1992), “Today Americans would be outraged if U.N. troops entered Los Angeles to restore order; tomorrow they will be grateful! This is especially true if they were told there was an outside threat from beyond whether real or promulgated, that threatened our very existence.

It is then that all peoples of the world will pledge with world leaders to deliver them from this evil. The one thing every man fears is the unknown. When presented with this scenario, individual rights will be willingly relinquished for the guarantee of their well being granted to them by their world government.”

But, the zombie problem is nothing more than a variation on the `other minds’ problem. It offers, I think, a vivid way of conceptualizing the philosophical questions about consciousness.

And as research continues in this area of concern, the list of diseases potentially caused by this epidemic continues to grow and grow.

The light and heat from the sun are indispensable to all nature. Humanity is also part of nature and needs sunlight for health and well being, for vitality and happiness.

We should welcome sunlight back into our lives — safely!

Hi. My name is Julia El-Haj. I am a Hall of Fame Athlete, an MBA, Professional Certified Marketer, Certified Youth Fitness Trainer, a Specialist in Sports Nutrition and a licensed Real Estate agent. I gave up my "seat at the table" to be home with my 3 children because that's where I was needed most. I blog about everything with Wellness in mind.
View all posts by julia29 →
This entry was posted in Uncategorized and tagged ancient egypt, Centers for Disease Control and Prevention, consciousness, energy, Gold, Healing Powers, health, Huffington Post, Nutrients, nutrition, Sun, Ted Talks, truth, Vitamin, Vitamin D deficiency, Vitamin K, Vitamins and Minerals, Warm Bodies, Zombie. Bookmark the permalink.

41 Responses to Here Comes The Sun…