A PEACE TO END ALL PEACE

The history of marijuana in the United States is convoluted and generally misrepresented. Many Americans assume that cannabis was made illegal after a lot of crime, death, and other problems were associated with it. Others believe that the background to marijuana’s prohibition is based on racism and lies. Actually, both assumptions are correct. 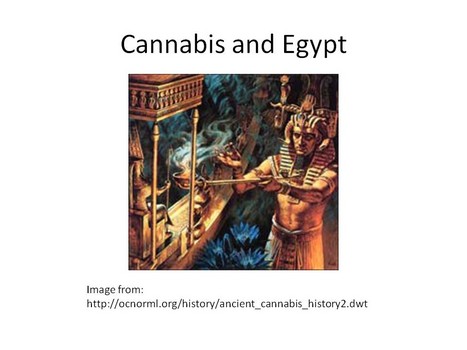 The earliest known use of cannabis dates back to before 7,000 BC, though no one really knows when it became a plant for recreational use, it was a medicine and source of industry (clothing, oils, etc.) for thousands of years – most of human history.

Cannabis sativa L. is possibly one of the oldest plants cultivated by man and has remained a source of controversy throughout its history. Whether pariah or panacea, this most versatile botanical has provided a mirror to medicine.

According to some of the surviving Egyptian texts, the use of medicinal marijuana in Egypt started long back in the 18th century BC. The Ebers papyrus created in 1550 BC actually consist of an in depth description of medical marijuana.

However, by the 9th and 10th century, Egyptian medicine became Islamic medicine. The term for the plant and its products changed over time, adding another level of confusion.

In Islamic medicine it was no longer referred to as “shemshemet” but instead was called “hashish, or shadanaj, “the Royal grain.” And, despite Sharia law banning all intoxicants, the plant in “hashish form” continued to be used for its powerful medicinal qualities.

To break the stigma associated with marijuana, it is important to actually understand the difference between cannabis and hemp.

The two are related through the same genus of plant. While industrial-grade hemp is a rather helpful resource in the world, it lacks the stimulating power of the substance known as delta-9 tetrahydrocannabinol, or for short, THC.

It is this active chemical of THC that brings about the “high” associated with marijuana.

Hemp contains 1.5% of this substance, while marijuana possesses between 4 % and 20%. In Canada, the legal amount of THC used to create products cannot exceed 0.3%. Overall, the plants are rather close in details, but supply very different functions for many dissimilar reasons, which especially shows through in the physical makeup of the two plants.

Hemp is much stronger than the marijuana variety, meaning it holds the possibility to create a wealth of raw materials. Marijuana is actually quite delicate, eliminating it as a contender regarding serving a purpose to benefit mankind in a manner acceptable by law (with the exception of medicinal uses).

There is strong scientific evidence that marijuana is a safe and effective medicine. The voters in California and Arizona have recognized this at the ballot box. It is time for the federal government to help resolve this problem rather than threaten doctors with sanctions for providing medical advice to their patients and denying seriously ill patients access to a much needed medicine.

In 1619 Jamestown colony law declared that all settlers were required to grow hemp. George Washington grew hemp at Mount Vernon as one of his three primary crops.

The use of hemp for rope and fabric was ubiquitous throughout the 18th and 19th centuries in the United States. Medicinal preparations of cannabis became available in American pharmacies in the 1850s following an introduction to its use in Western medicine by William O’Shaughnessy a decade earlier in 1839.

With the outlawing of marijuana and the enforcement of taxation on the plant came many unintended consequences. These created the huge financial burdens and bureaucracies we have today, on which hundreds of thousands of jobs and many billions of dollars depend – all thanks to the prohibition of marijuana.

Live And Learn. We All Do.

Hi. My name is Julia El-Haj. I am a Hall of Fame Athlete, an MBA, Professional Certified Marketer, Certified Youth Fitness Trainer, a Specialist in Sports Nutrition and a licensed Real Estate agent. I gave up my "seat at the table" to be home with my 3 children because that's where I was needed most. I blog about everything with Wellness in mind.
View all posts by julia29 →
This entry was posted in Uncategorized and tagged California, Cannabis, Cannabis sativa, children, health, hemp, hemp can save the world, human, humanity, Judge Jim Gray, life, live, love, medicine, philosophy, President Obama, Presidential Election 2012, Science, Sharia, Tetrahydrocannabinol, THC, United States, universal, wellness, William O'Shaughnessy, youtube.com. Bookmark the permalink.

11 Responses to A PEACE TO END ALL PEACE